But I grew up on a little movie called ‘Foul Play’ that we watched constantly when I was a fairly small child, and thereafter as well. Yes, I was too young for some of it at the time, but those bits honestly went straight over my head and never caused me to grow up too fast or anything silly like that.

The following is a list of a few things that did stay with me, however, as I am reminded while I watch on this New Year’s Day -almost 40 years after it was made.

1. The Mikado is very short for an Opera, and has a rather memorable beginning.

2. The basic swear words will take you everywhere you need to go linguistically. “Shit” and “Goddammit” cover most things, while in a really bad jam, all you need is, “Far Out”.

3. Bridesmaid dresses should be great for weddings, a night out on the town, and kidnapping scenarios where running is involved.

4. Snakes should never smoke cigarettes, but are occasionally allowed cookies.

5. Dirty Scrabble is a damn sight harder than it looks. Far Out.

6. Good cops only live on houseboats.

7. Leaving up old flying scenery is helpful for keeping dead bodies off the stage during a performance.

8. Never take a first date to a retrospective film and expect him to buy the popcorn.

9. Beware of the dwarf. Especially if he’s selling fancy bibles.

11. Never leave home without your umbrella. 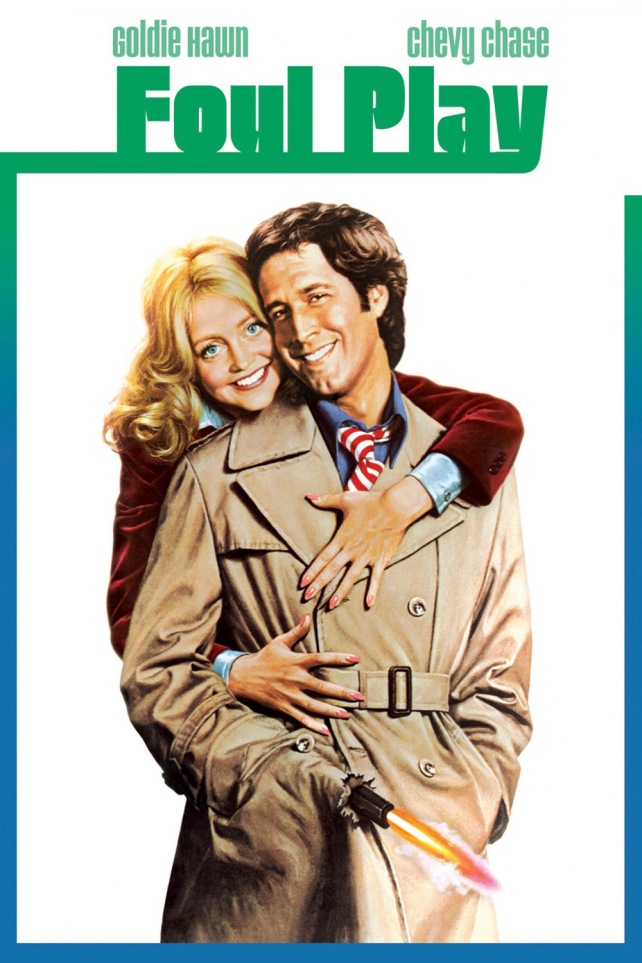 I’m an American and have been an a-ha fan, to put it mildly, for the whole thirty years now. I am not alone. I am positive there are many, many Americans with stories just like mine. We were teased in high school for being loyal fans to a band, that as far as they were concerned, wasn’t putting out any music and just had that one song. Jealousies from people around us that couldn’t understand why we spent so much time at the magazine rack pouring through for any blip of what was going on in the world of a-ha. We sifted through the ALL the bins in record stores hoping for specialties or missed items. The hours spent in front of MTV waiting for any new release or any interview and frantically taping them on our brand new VCR machines. We stuck Norwegian word stickers on objects around the house (much to the disdain of our parents) so that we could be just that little bit closer. Making scrapbooks out of our discovered treasures of anything we could find on any of you. Pouring over those scrapbooks for any new information or just for the joy of knowing something about the best musicians we had ever heard. Some of us even wished to be popular musicians just for the chance to meet you all. Or all the years wishing we lived somewhere where you never went away.

We followed into the new era of CDs and bought them even though we already had the records, cassette tapes, singles, Maxi-singles, and special editions. We didn’t mind. We were honored to help sales in any way we could. Pictures and framed posters adorned our walls when everyone else was putting up those New Wave prints. We went to the opening day of ‘The Living Daylights’, not only to hear the new song, but also to see a-ha in print on the big screen. We were, and are, so very proud!

It became harder and harder to follow what was going on as you disappeared from American screens, but we held on, and were rewarded with hearing ‘Dark is the Night for All’ on the radio. Ah, what a joy that was. I’ll never forget it.

And then came this mysterious internet. My first search was a-ha as I’m sure was the case with the rest of the American fans. We found you! Others were keeping the vigil alive! What a thrill that was! Finally updates after so many years of silence! Hard to find the words to describe how wondrous that felt to be reunited in a sense. Needless to say, we never let go.

And then the magical day came when you came back to the U.S. in 2005 and expected little response and were yet overwhelmed by us all clamoring for tickets to the small space Paul thought would be perfect. Those of us that had not been fortunate enough to see you in 1986 FINALLY got our chance. And we weren’t let down. You were just as wonderful, and funny, and talented as we always knew you were. It was almost a sense of justification. And it was beautiful.

We got to start all over again, just on a new medium with the internet. We got to follow all of your side projects and support those as well. We made dolls when Mags asked, and excitedly spoke with Lauren on MySpace. You were closer than ever. We bought new albums as they came out again, and jumped forgot when they played ‘I Wish I Cared’ at the end of a ‘Smallville’ episode and they actually advertised the album at the end of the show!

By this time, many had been, and still were, flying to other countries to see you, as before the New York show, we never expected you back. And in New York, Mags promised you would be back, and you honored that promise in 2010 with the Farewell Tour. Some of us flew all over the states again, but some of us just picked one city. I got to meet more fans as I had in 2005, and what kind people! Just giving and helpful and truly generous of spirit. That says a lot about the three of you that these are the kinds of fans you are bringing together. It’s such a lovely community of people. We have kept in touch on Facebook and have shared our thoughts, our goings on, our artwork and even our tattoos!

And then the incredible happened! A new album and a new tour! and we ate up the album as we had all the others and awaited the happy announcement of North America dates for the tour. But just recently, the last days were announced for the ‘Cast In Steel’ tour, and no North American dates are included. I thought I must have missed something and checked the website again. But no, there were no dates for us. It broke my heart as I’m sure it did others. We want the chance to say goodbye. To hear the new songs live. To finally get a signature and a chance to thank you in person for making a part of our lives so very special. To let you know what you mean to us. To hear our favorites one last time.

So I am here to plead with you on behalf of the group of American people that have never lost faith and have poured out so much love- please, please come back to the United States. Please do us this one last favor- this one last honor. We want the chance to share with you.

Most Sincerely and with only Love and Admiration in my Heart,

(Incidentally one of the Entertainment Capitals of the World, and one you have not visited as a group….) 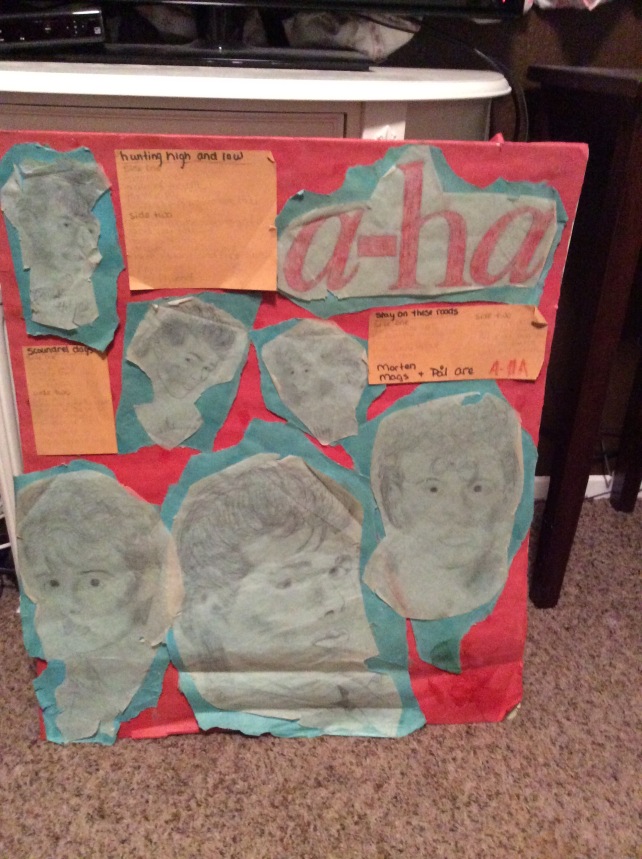 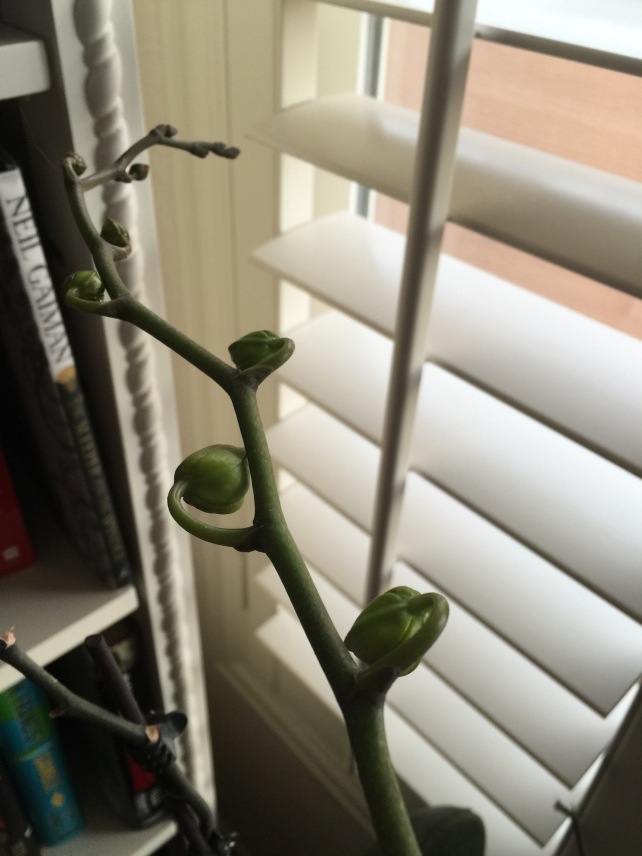 It’s always so inspiring to see enthusiastic new growth. This orchid stem is growing by leaps and bounds day by day. It was just this little off-shoot and now look at it! I can’t wait until it blooms. More gifts from nature.

She’s stunning. She’s drawn by Brian Froud, and part of a Faery Oracle deck. There are many gorgeous paintings- he is one of my favourites- but she sings to me. Which is ironic in that that she stands for creative expression.

Though perhaps that’s not ironic at all.

Spirit Dancer wouldn’t have it any other way.

The history of medicine in conversation with today.

A regularly updated guide to Papillon Breedables, all known information in one spot! :3